Weekend! Time to work on the game some more.

Tonight I took a first stab at writing out stats and abilities on cards and components. I'd previously made a list of the types of effects I wanted, but I hadn't worked out the numbers, really.

Obviously it's going to take some testing and tweaking, but tonight I made a "best guess" start at it. I also added just enough flavor text to hopefully start to get a feel for the theme of the game.

So tonight I get to introduce you to a few different types of components. These are more teasers, really, and I'll not be going into much detail about them yet. 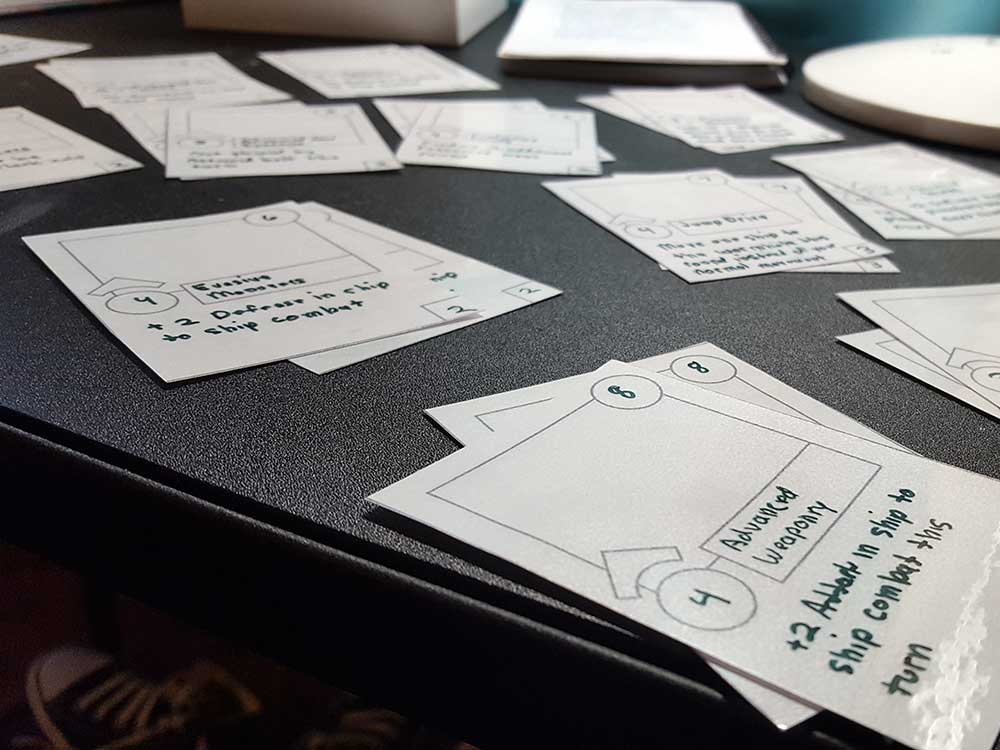 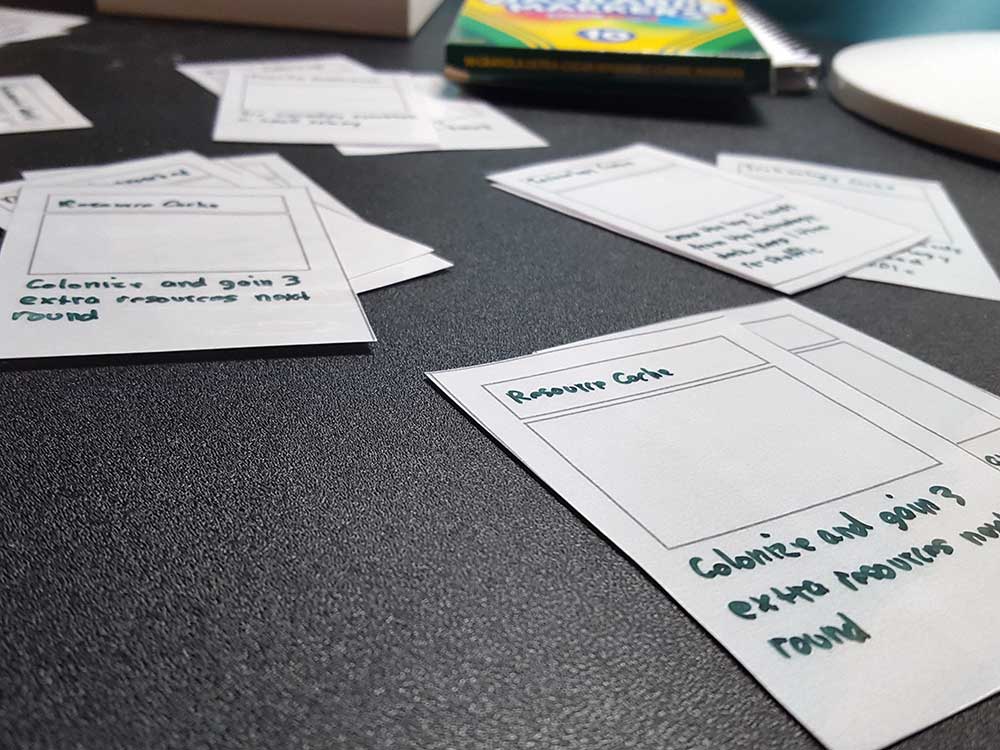 Because interesting things should happen when you're discovering new worlds. 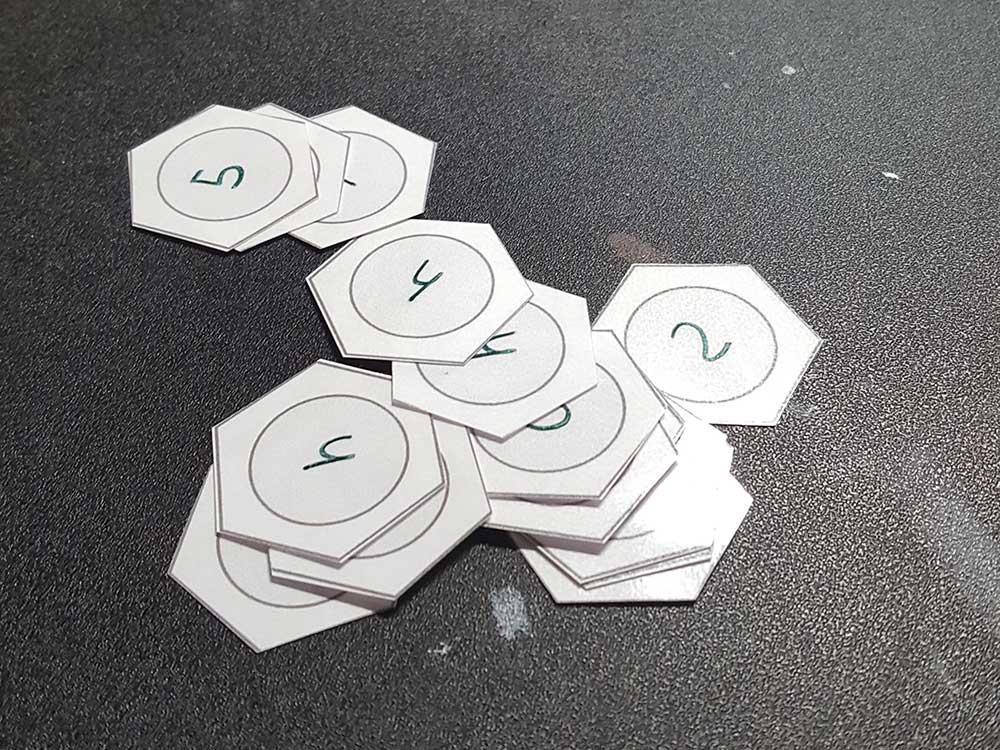 This galaxy is chock full of planets!

At about this point, I remembered that these needed to be double-sided. Since I hadn't taken that into account when I laminated them, I ended up printing out some other planets (OK, circles) on sticker paper, cutting them to mostly fit, and putting them on the back. I'll never need to write on this side, so it doesn't need laminating again. 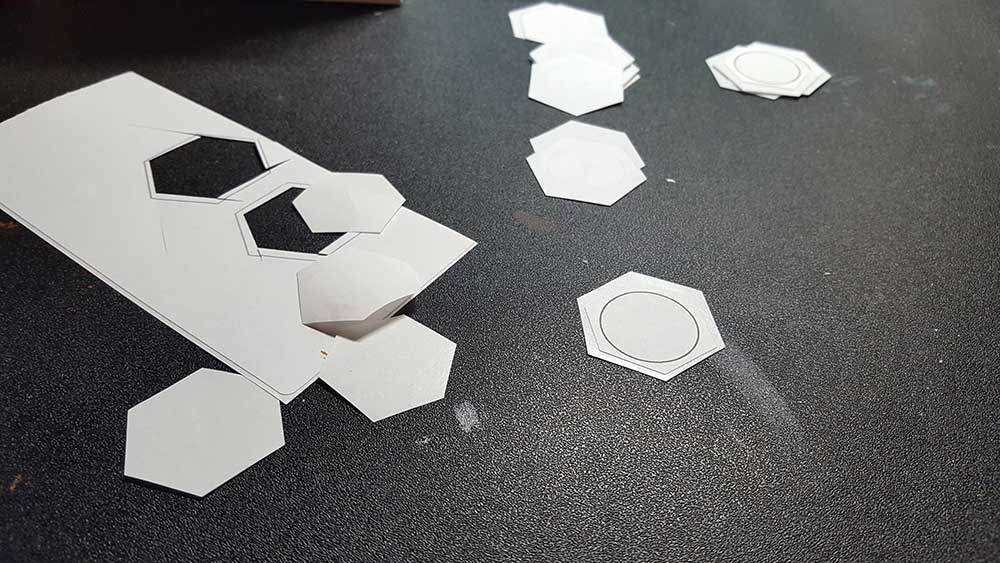 Here it all is in its temporary game box (finally found a good use for that Google WiFi box), along with the notebook that started it all, as well as... the first draft of the rules! 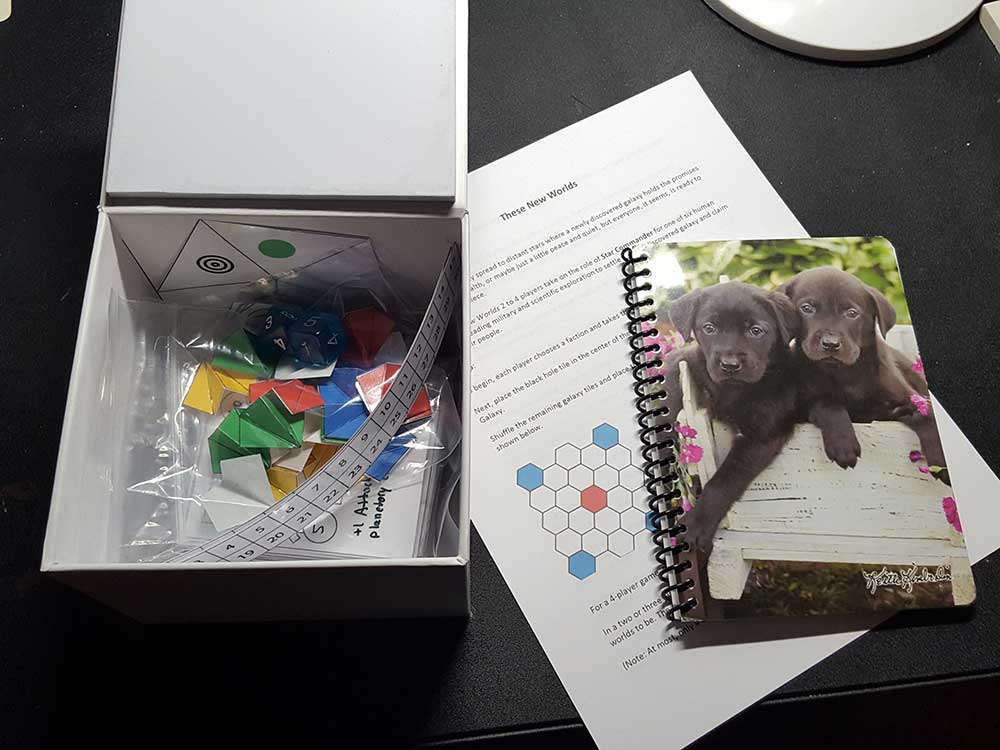 I'm all kinds of nervous and excited. We're going to give it a first play-through this weekend and I'm terrified it's going to be awful. I know it will need a lot of work. I just don't want it to be terrible right out of the gate.

This weekend, we did our first play-through of These New Worlds, using my initial draft of the rules and…

I've decided to make a board game. This is something I've wanted to do for a while now, ever…