Yeah, I liked the RC thing quite a lot, so I upgraded. Here's a quick look and some initial thoughts. I'll have a more in-depth post later, most likely. 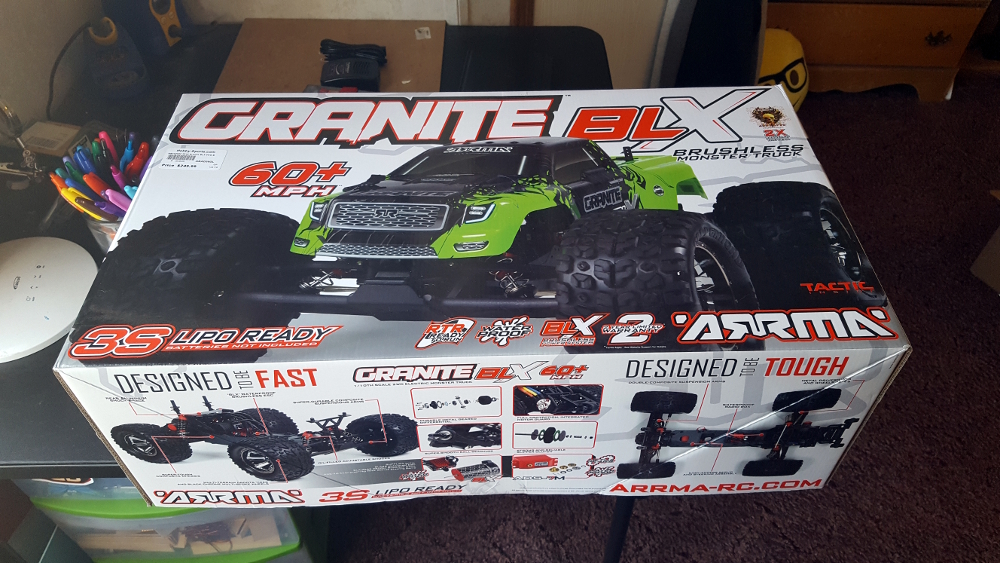 Logs of details; a quick look at some of the design, gearing, stats... the usual side-of-the-box stuff. 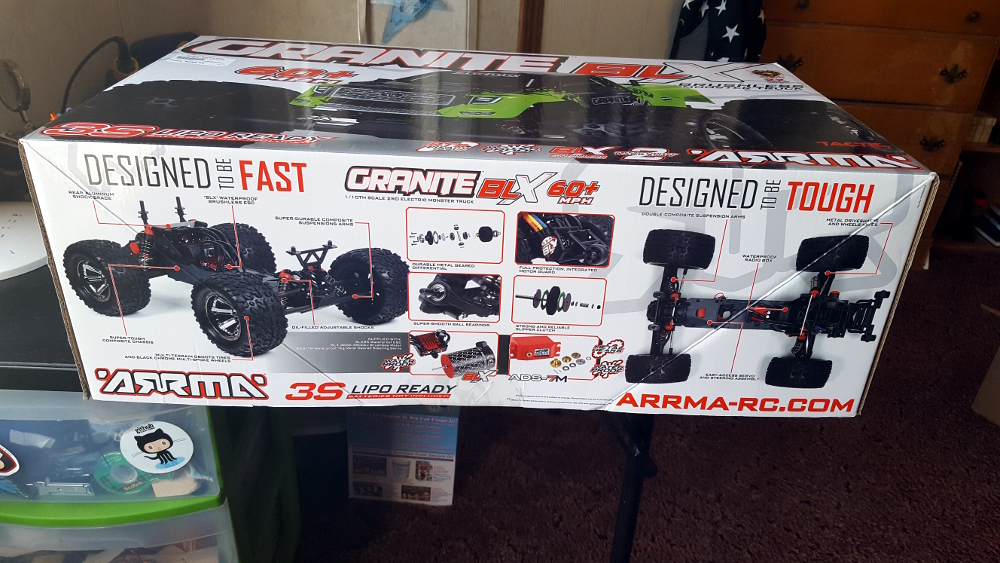 And inside is the transmitter and the truck, and not a lot of extra packaging material, but it seemed to hold up well. 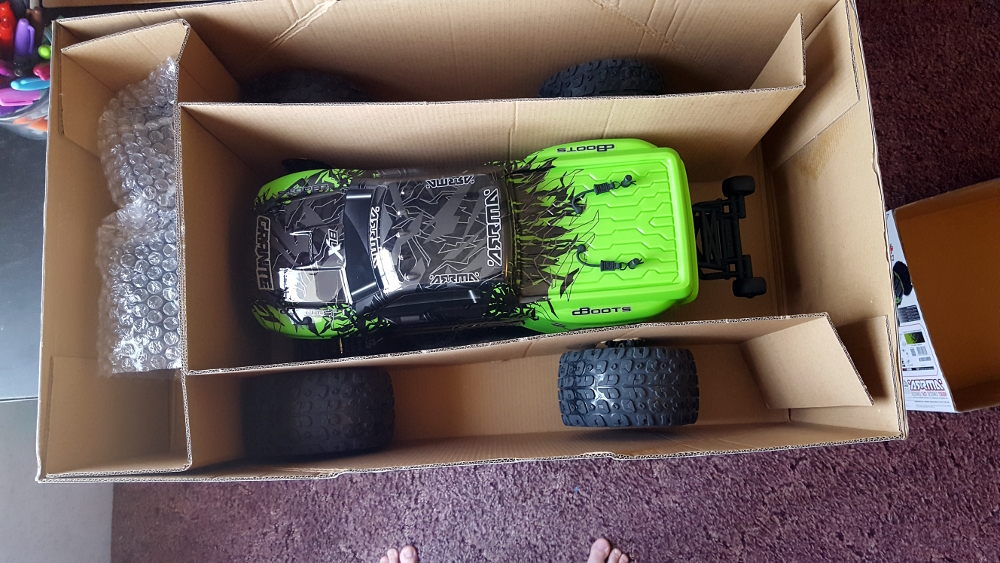 A first look at the truck out of the box. 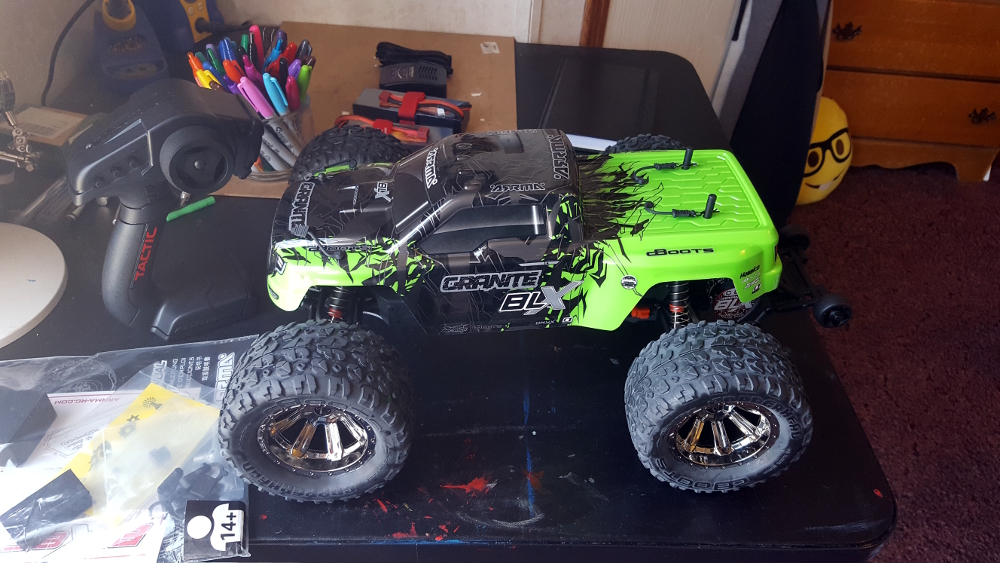 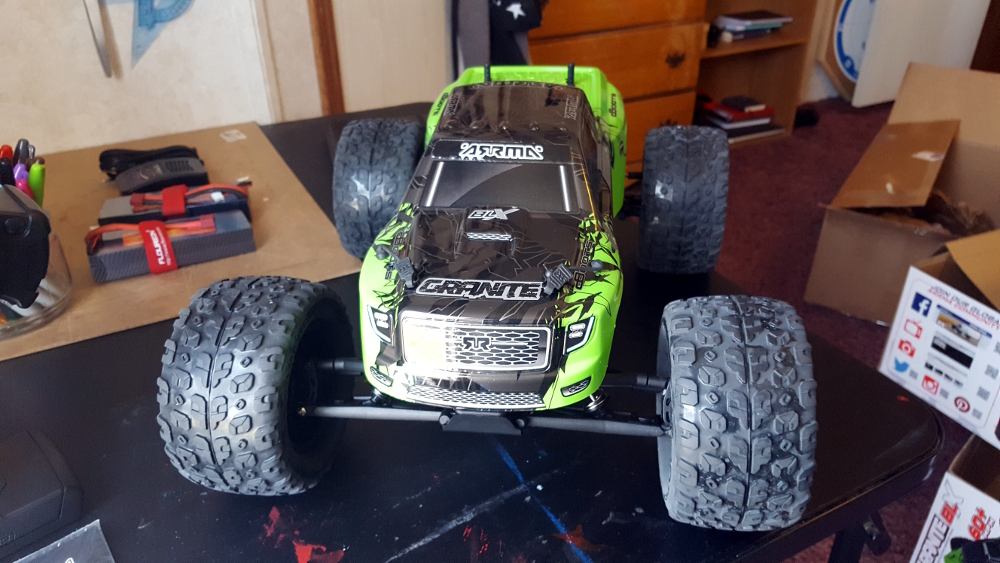 Everything besides the truck - manual, a card explaining high-speed gearing options and performance with various battery types, a few spare parts, and a few basic tools for working on the thing. 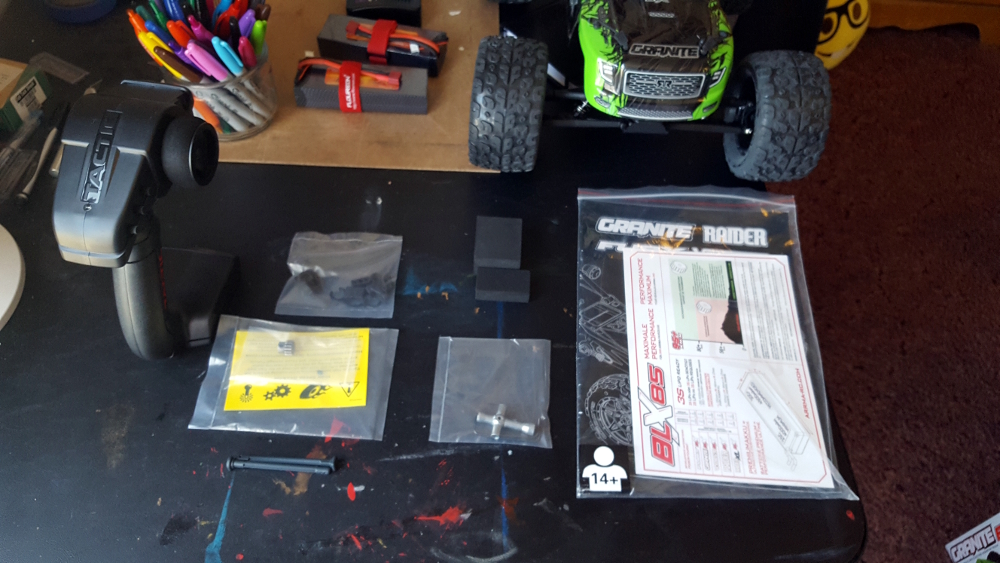 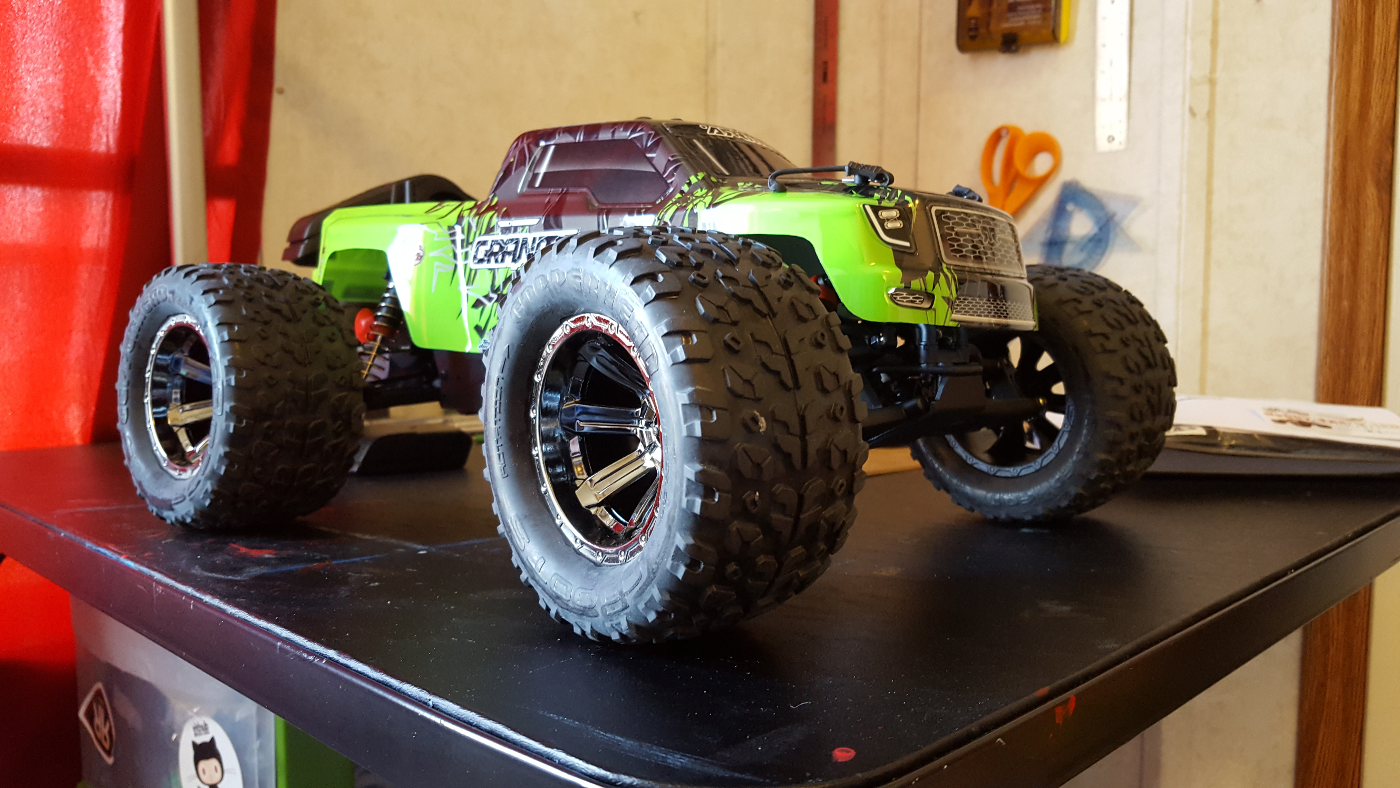 My overall first impressions: I love this thing. It's fast, durable, performs well, and is just a lot of fun to play with. I do have a couple of very minor complaints, though.

From here, my only real concern is that I don't yet know what I'm doing. I'm having a lot of fun taking it out and driving it around, so in that regard, it's everything I wanted it to be. However, at some point, something's going to break and I don't yet know enough about maintenance and how it all works to fix it, so that still feels a little intimidating. It's all plug and play connectors and screws, though, so it can't be too hard, and there is a huge exploded diagram of the whole vehicle in the manual.

I also picked up a nice Tenergy charger for the LiPo batteries I posted, but I may turn that into another blog post of its own. There's a little complexity around LiPo batteries and I may write a bit of a guide based on what I've learned. It's not hard, but it's not as simple as plug it in to charge and use it until it runs down.

MacroTracker - The Most Basic Web App Ever

I've been making some pretty hardcore diet changes lately, but for the most part, I've been pretty lazy about…

Earlier this week, I bought an inexpensive, off-brand, RC car. I was looking for something that would encourage me…