Today I built a lightsaber. Here's how I did it! 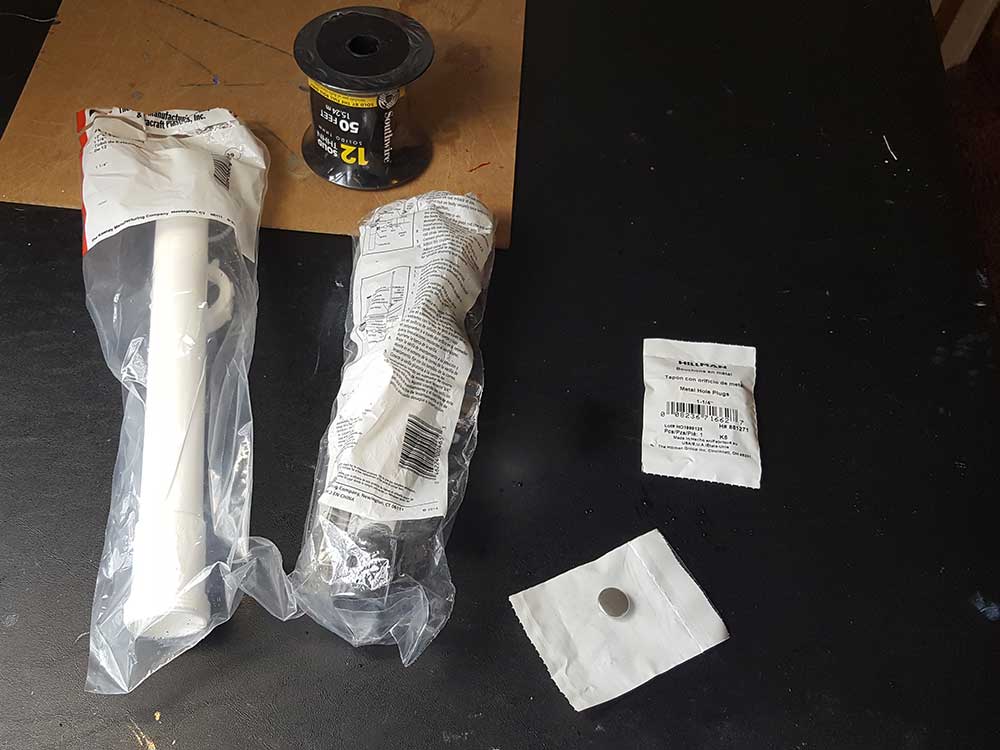 The picture shows some wire - ignore it. It ended up being too stiff, so I used an old USB cord instead.

I had all the tools and everything except the plumbing parts and hole plugs on-hand, so the whole thing ended up costing me about $14. You could use gold and silver paint instead of the Rub 'n Buff, but it really does give a nice, weathered finish with minimal work.

To start off with, I disassembled the pop-up drain kit and tossed out the parts I didn't need. I left anything that looked like it might be useful later. 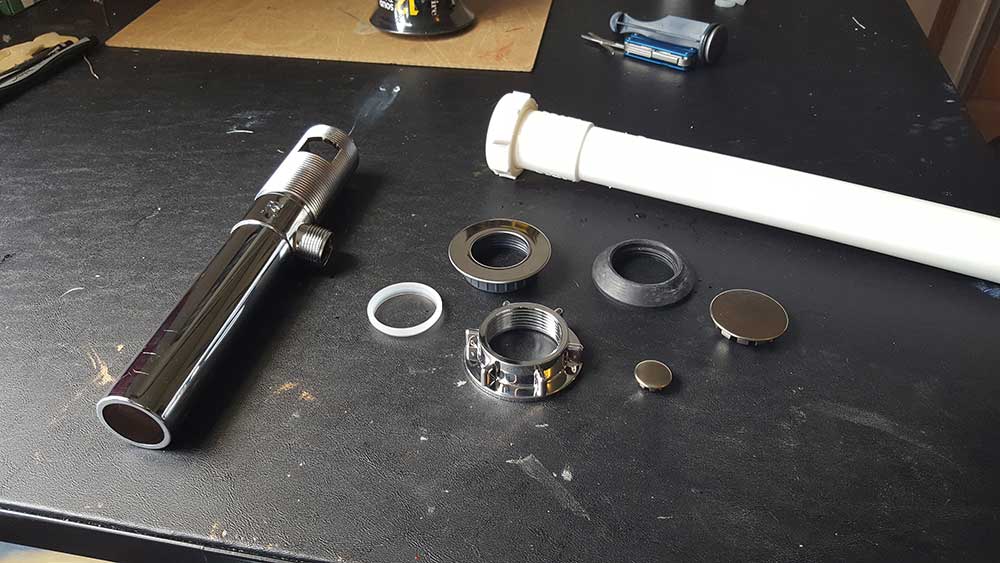 Next, I took the drain extension and cut off nearly all of it - making a cut right where it widens at the topo, so we can flip that around and fit it on the saber the other way. 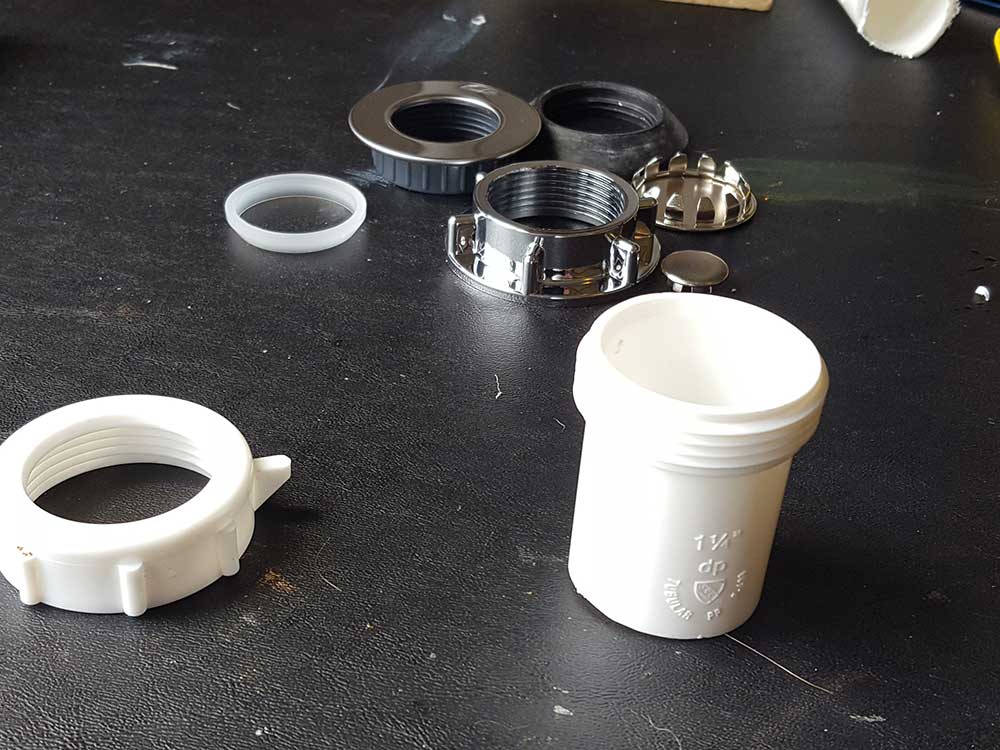 Like this! I glued this in place with superglue and let it dry good. 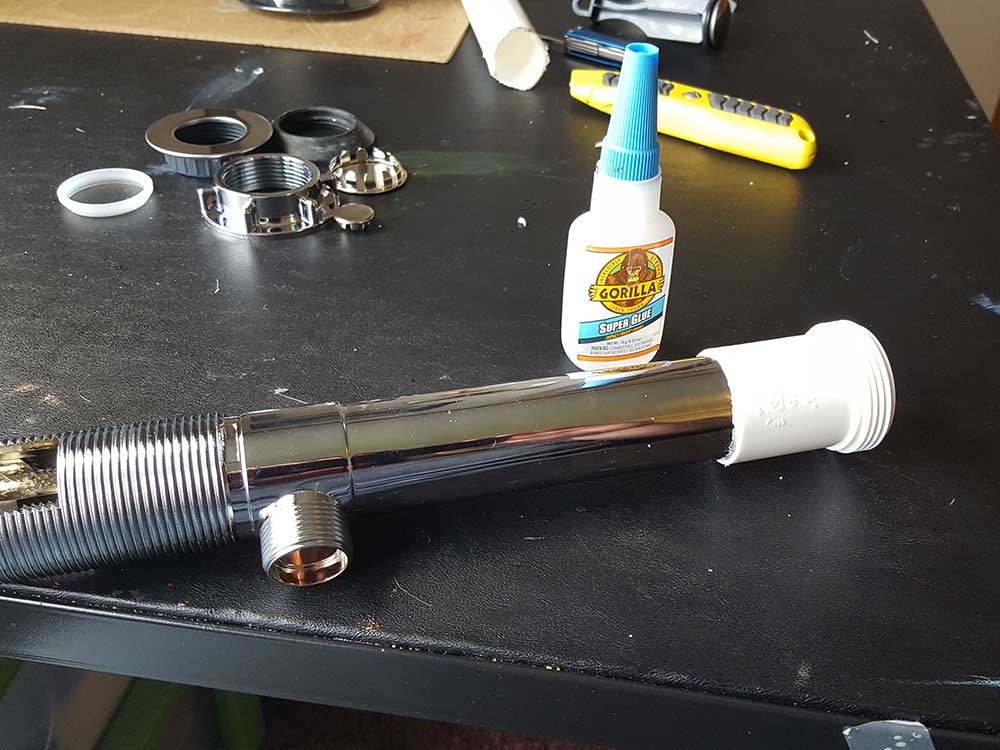 After it dried, I wrapped it in black electrical tape, which may have not been strictly necessary, but it prevents any white from showing in gaps later on and the glue holds really well to the tape - which will be very useful in a moment (you'll see). 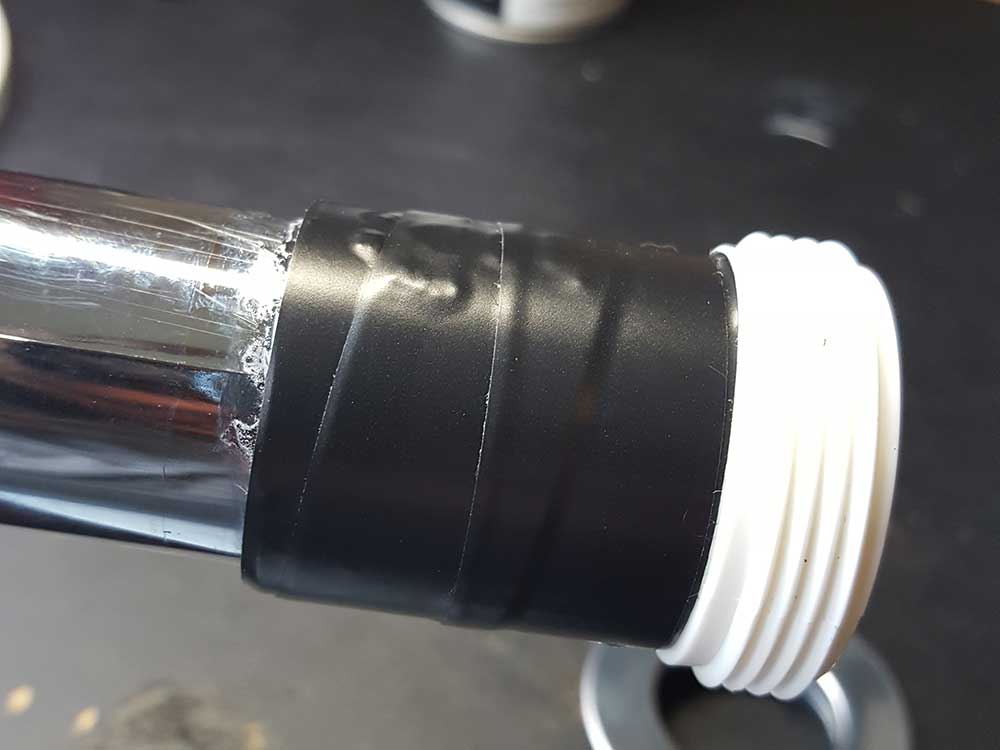 Then I cut a small strip of black tape and put it around this little gap above what would become my button. Then I proceeded to wrap some more electrical tape around the handle and forgot to get a picture of that process. 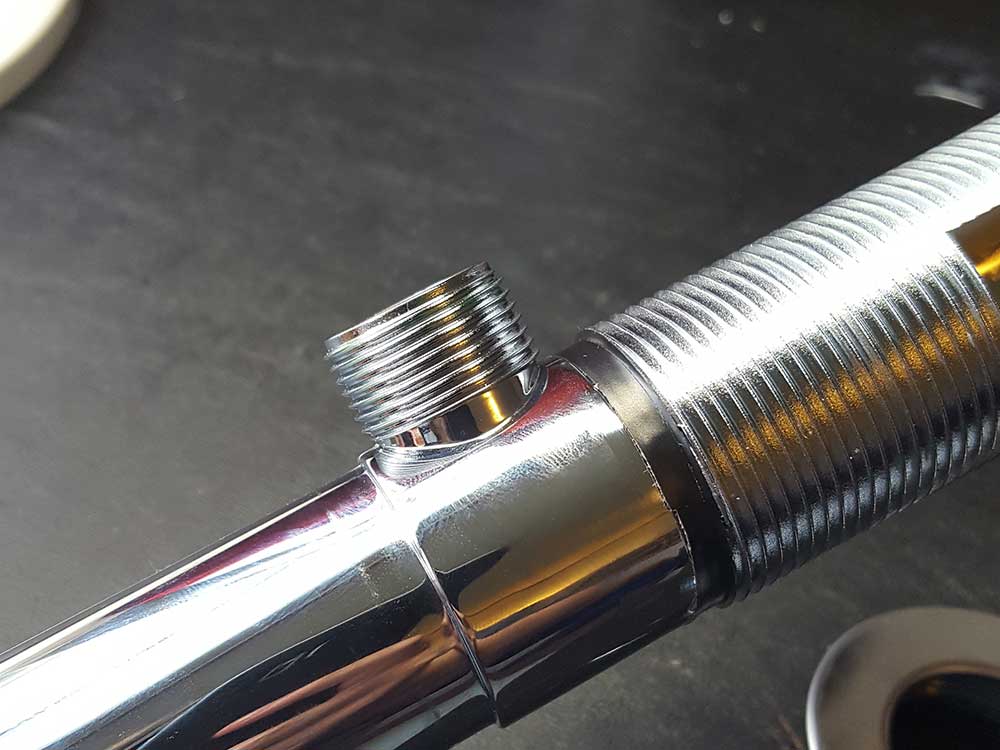 Next, I took the old USB cord and cut off the ends. I glued one end at the bottom of the drain extension and carefully wrapped it around the piece, gluing it again once I got to the top. 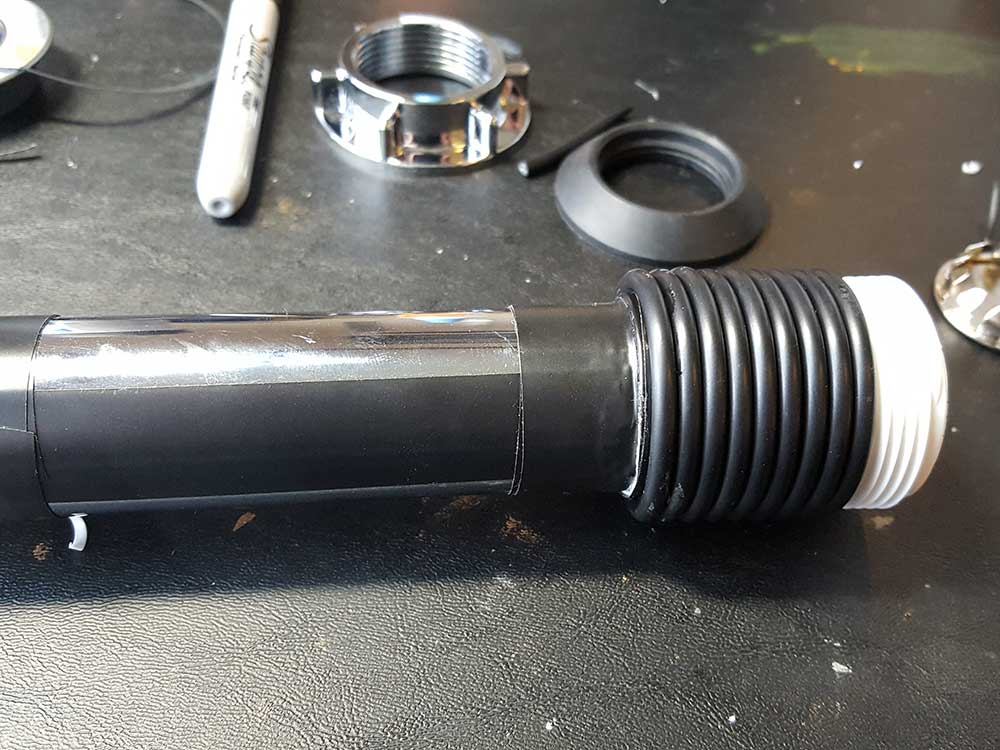 I was still waiting for paint to dry, so next I assembled the top of the lightsaber. I put the gasket on, then the other two threaded pieces. I put them at the top of the pipe, and they covered a couple of large holes there nicely. 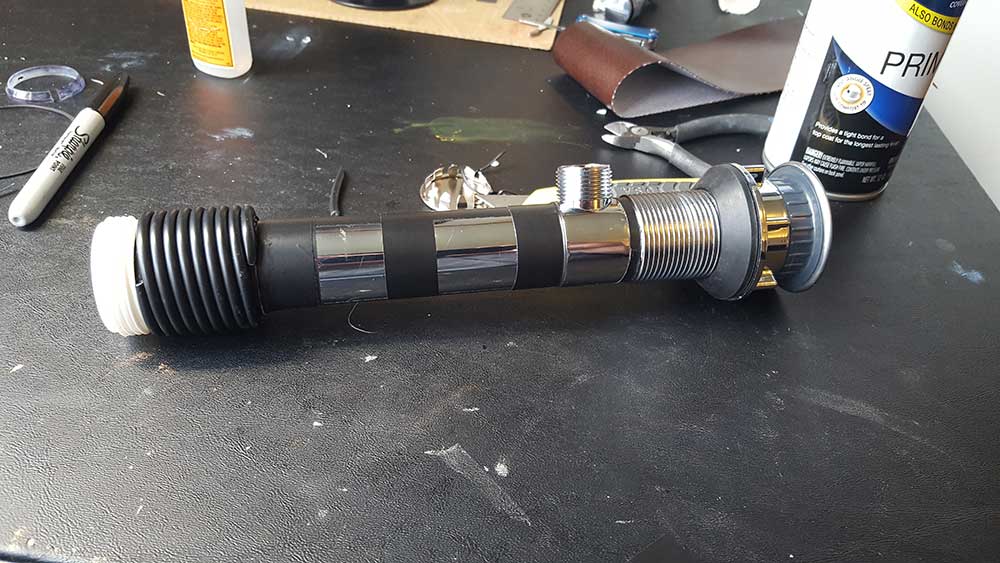 I took the white plastic threaded piece from the joint extension and spray-painted it black.

Then I hit it up with the gold Rub 'n Buff to give it a nice finish. 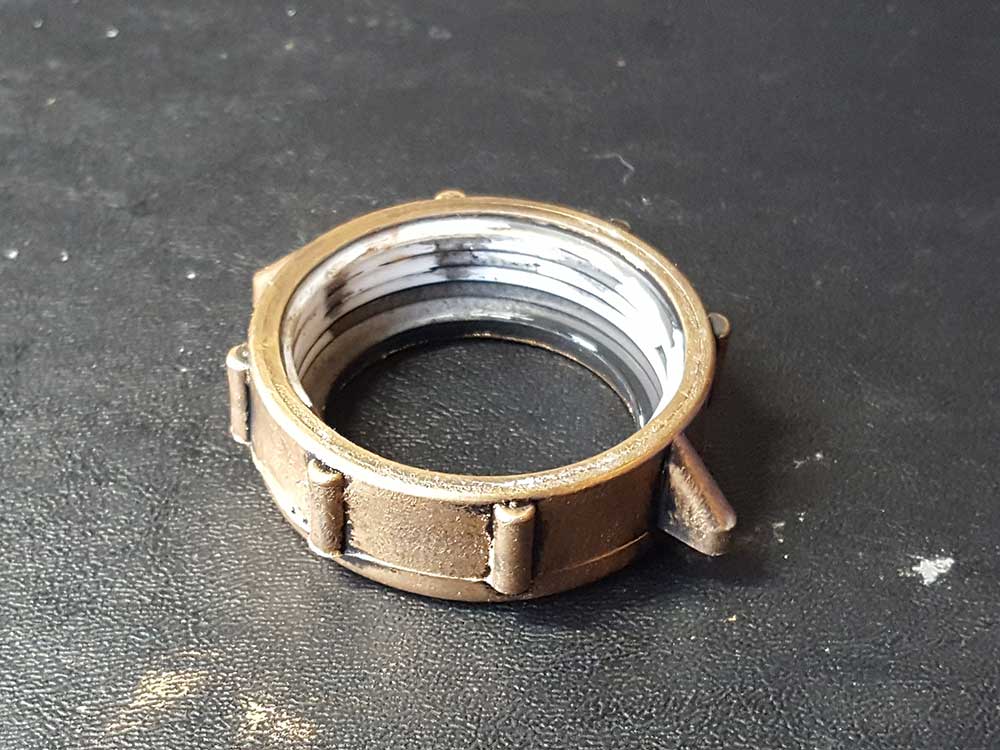 Then I took the silver Rub 'n Buff to the cord - it's not even, but it's not supposed to be. It gives it a nice used metal look. 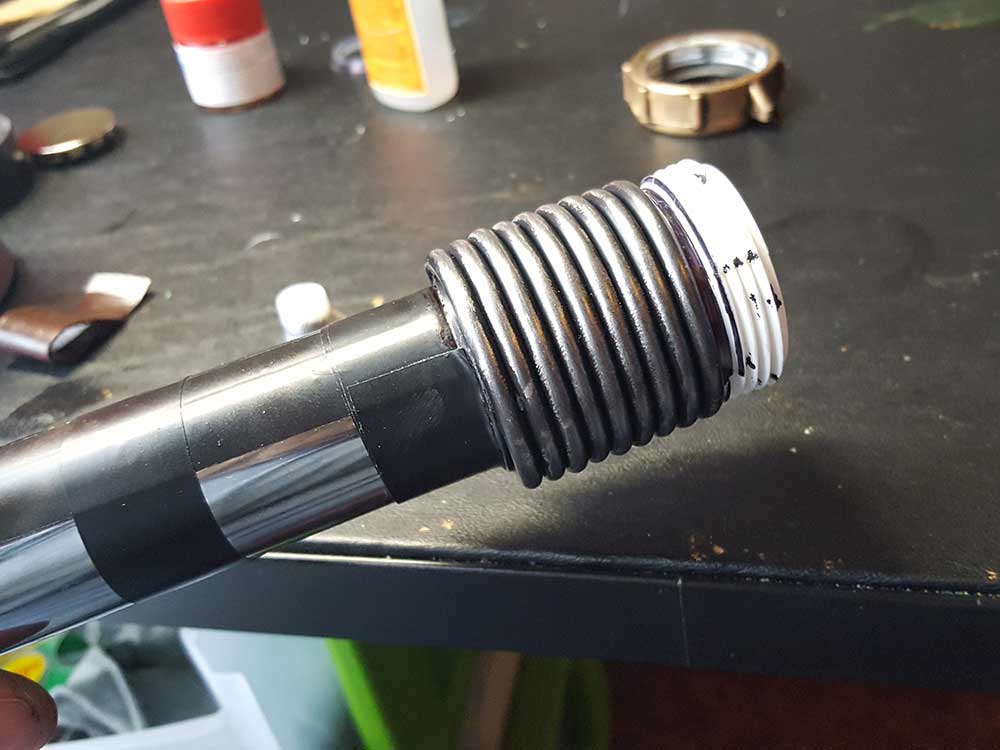 After that, I screwed the piece on, also putting in the bottom end cap. I stuck a loop of elastic cord under the endcap before I screwed everything down tight, so I could attach a carabiner to it so it could be hung on a belt. 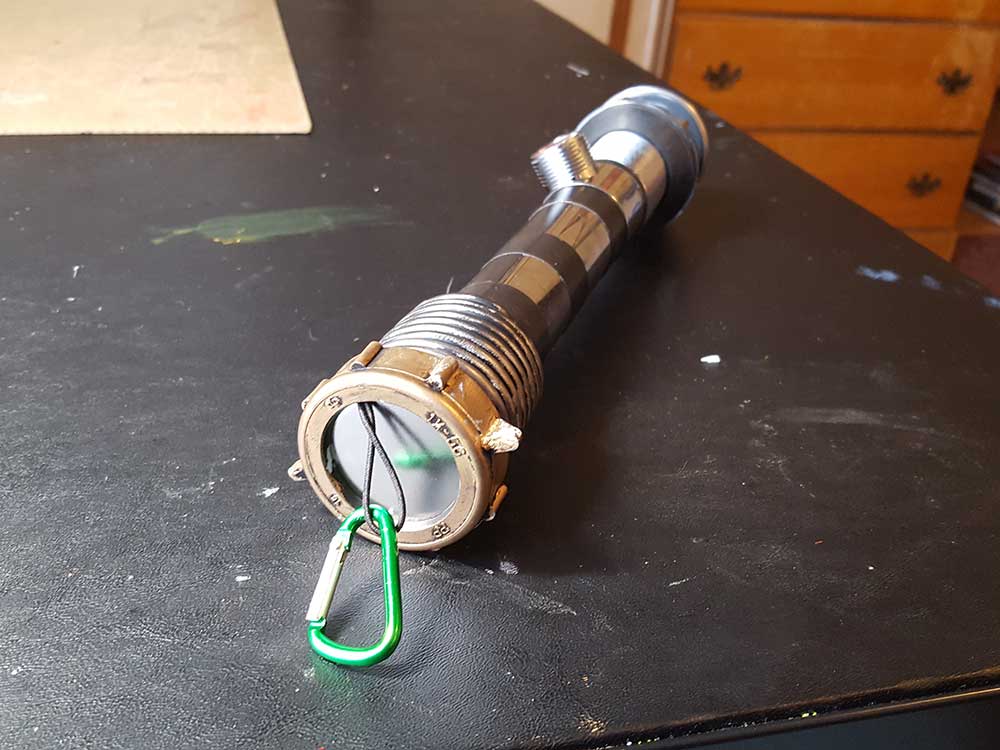 Finally, I painted the smaller hole plug with red enamal and glued it in place for the button. 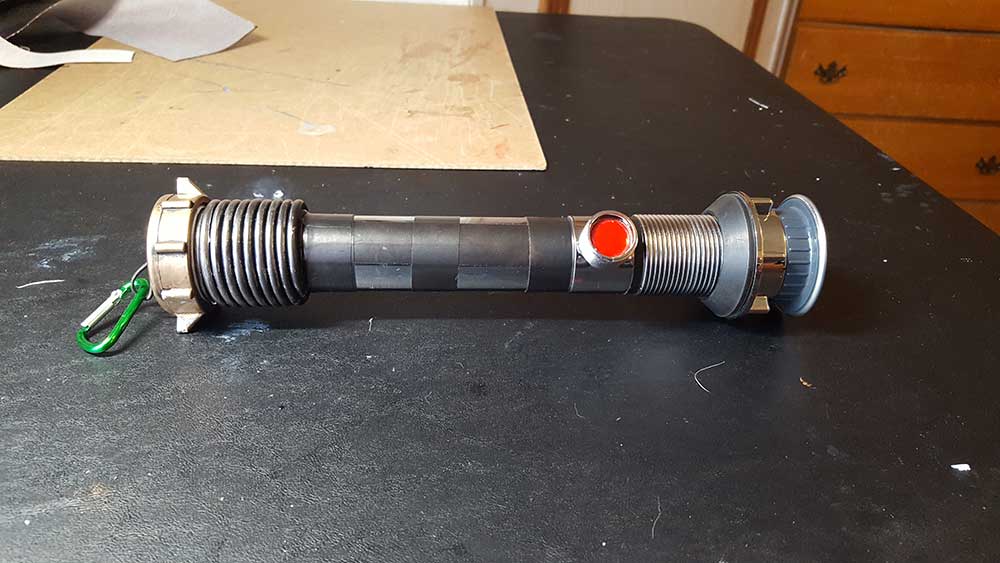 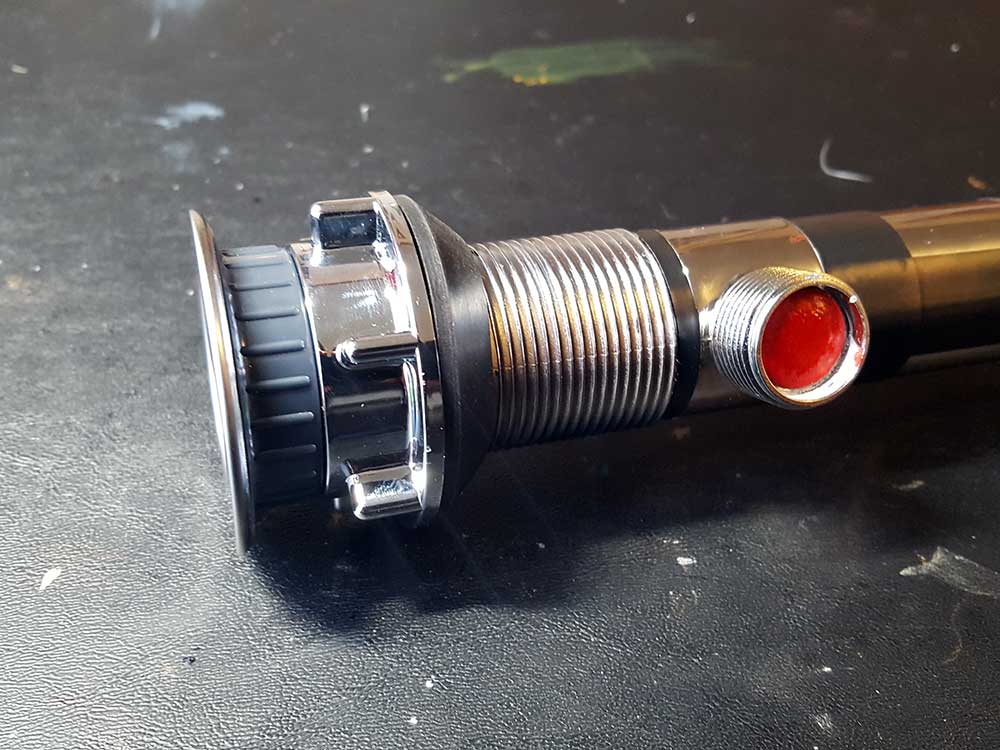 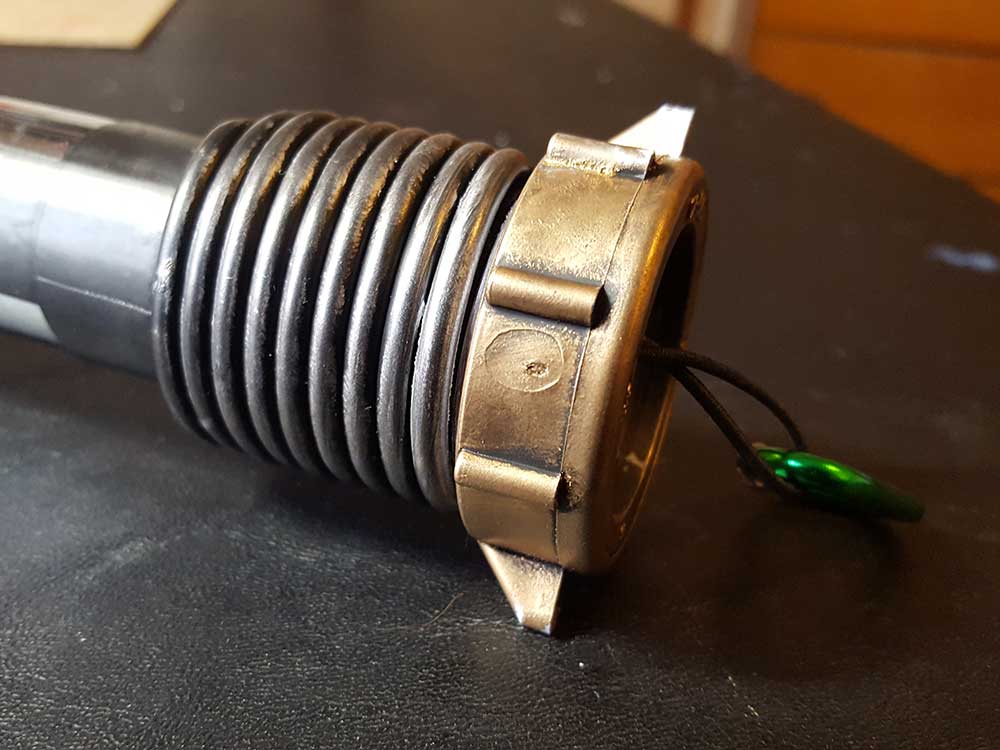 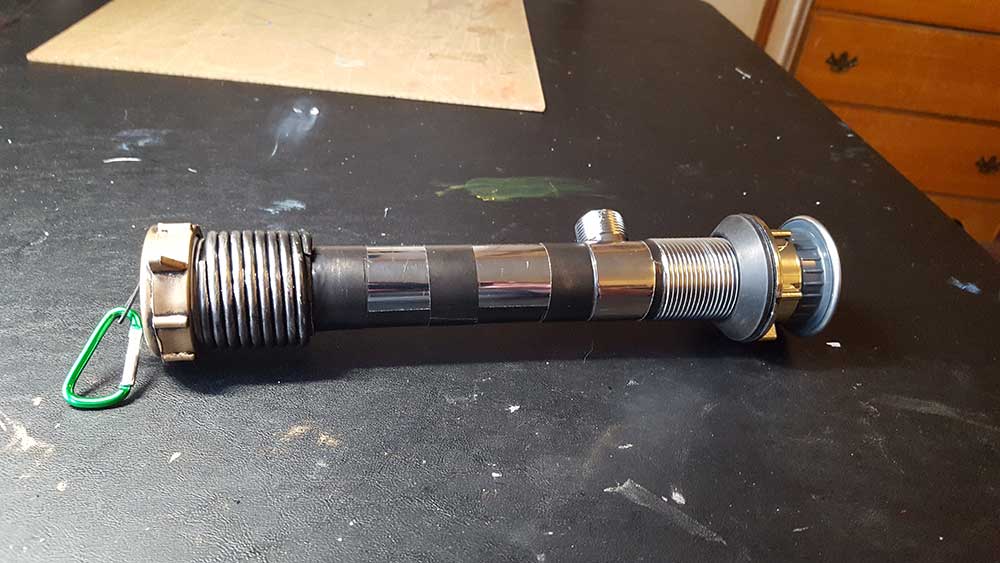 Tonight I did a small painting - 10x8 Acrylic on canvas board. I haven't painted in a while and…

Getting Ready for the 4th

I bought fireworks. For a long time, you couldn't buy them here, but last year they started popping up…