Right, so I have a 3D printer - time to make cool stuff and this first one was a no-brainer for me.

Being the giant sci-fi nerd that I am, I knew that getting the 3D printer would mean making some prop replicas - maybe not superior quality ones, but better than I could make without a lot of other fancy tools, materials, time, and skill.

Fortunately, the really difficult part was already done for me and there was a great model on Thingiverse just waiting to be printed.

First up, the main body of the gun. Here it is with the support material still in place - I actually could have probably printed it without support - n00b. 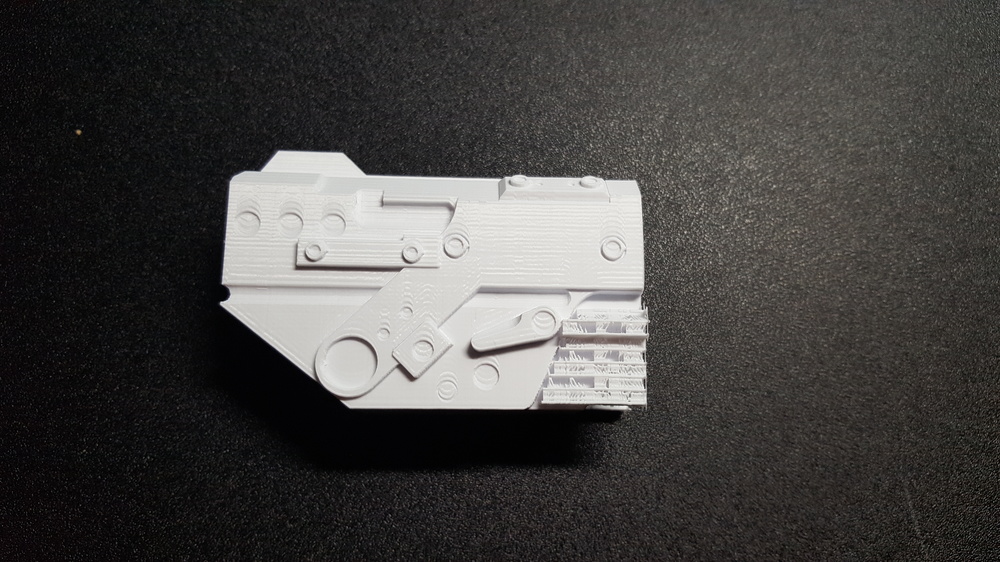 And here it is all cleaned up. 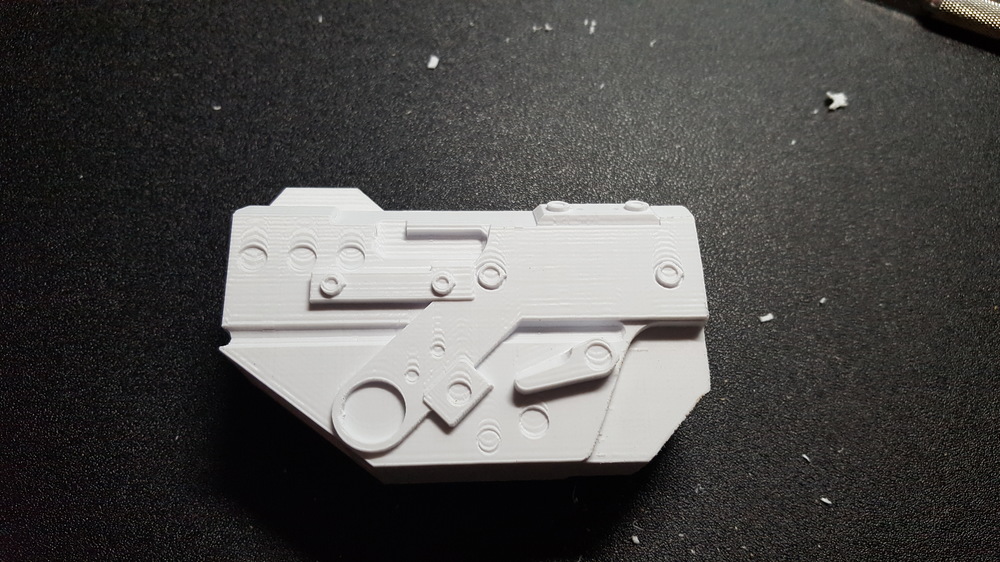 The energy cap - this came out pretty good and didn't really need much cleaning. 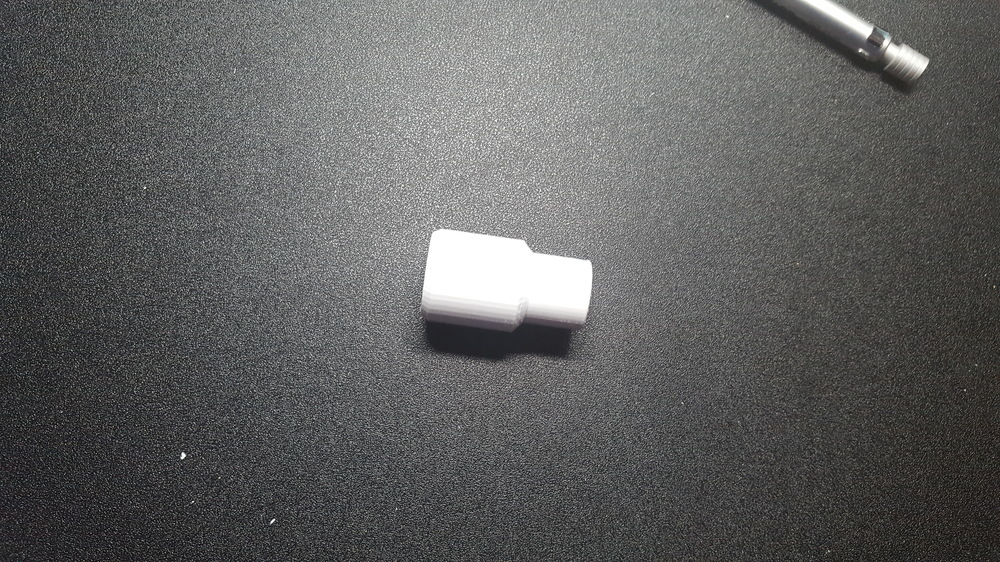 The muzzle was a little rough. 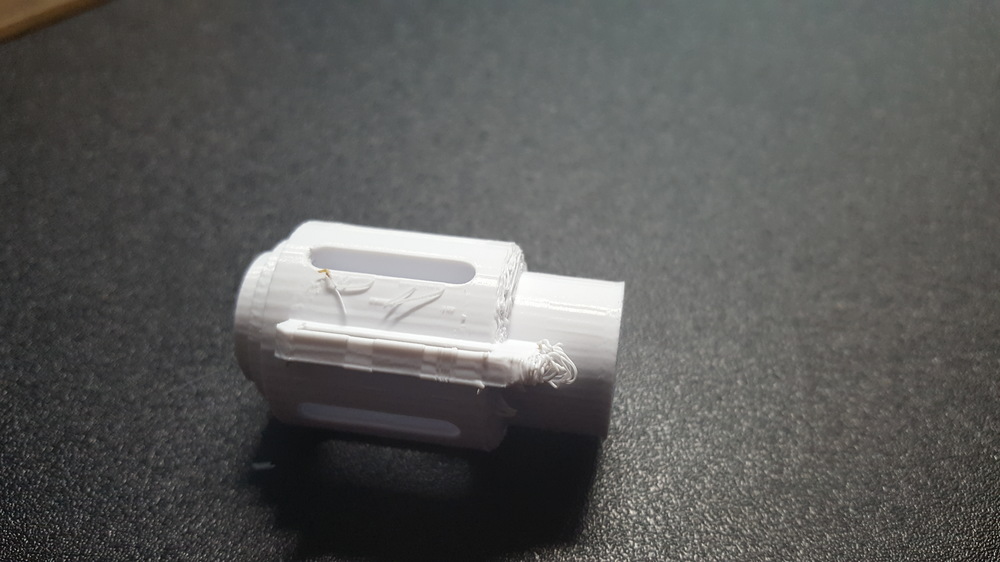 But some time and care with sand paper and my trusty Sword of Exact Zero and it was looking a lot better. 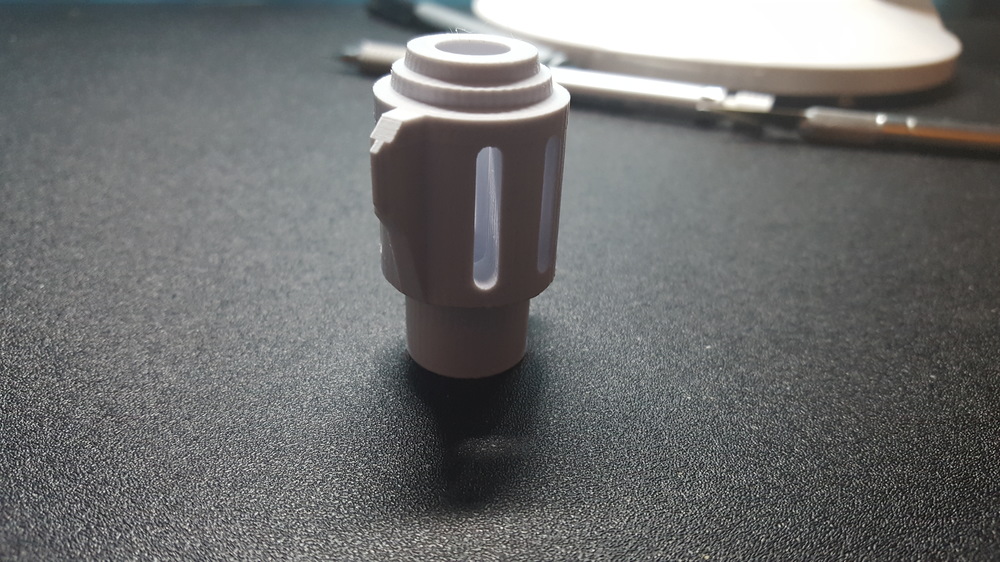 The trigger and trigger guard came out pretty clean and needed minimal work. 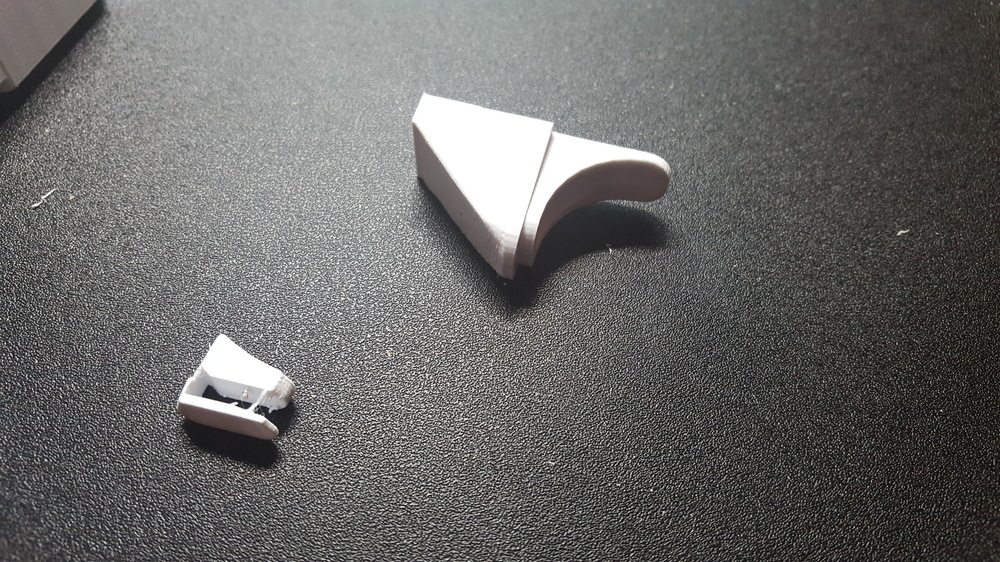 Even at 0.06mm this little medallion isn't the most detailed, but once painted, it should look fine. 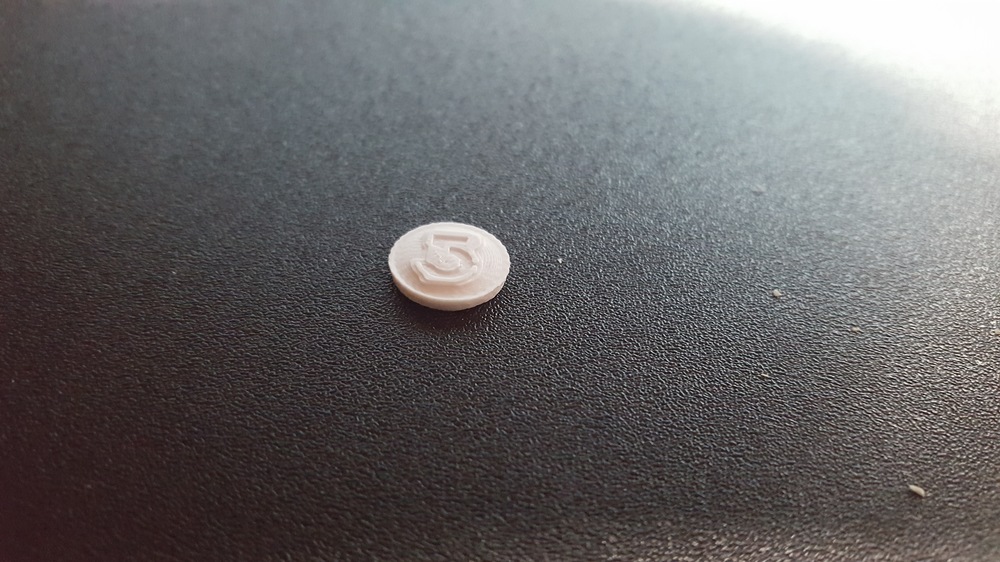 The heatsink, much like the energy cap, came out pretty clean. 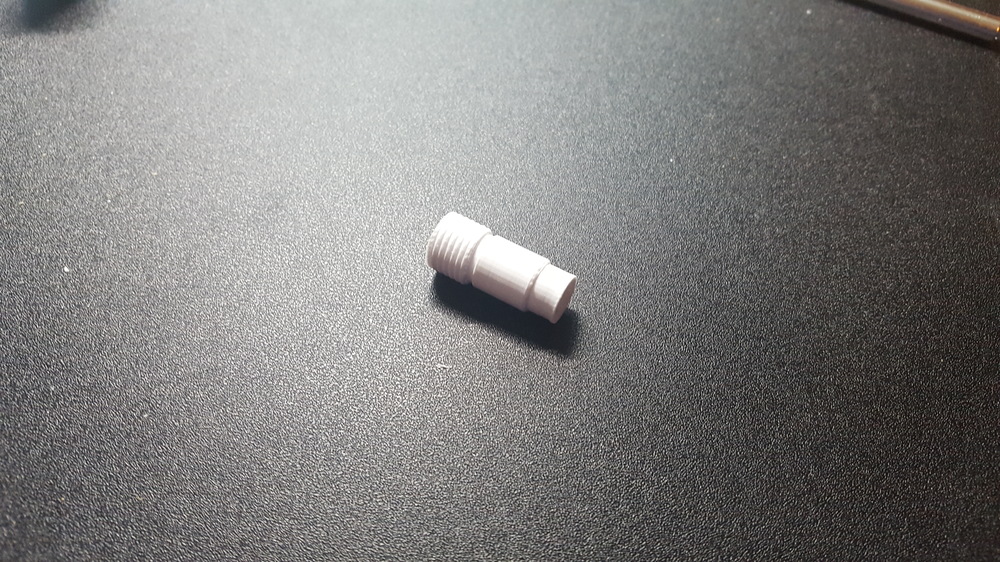 The bottom of the grip, however, was a little rough. Time to break out the sandpaper again. 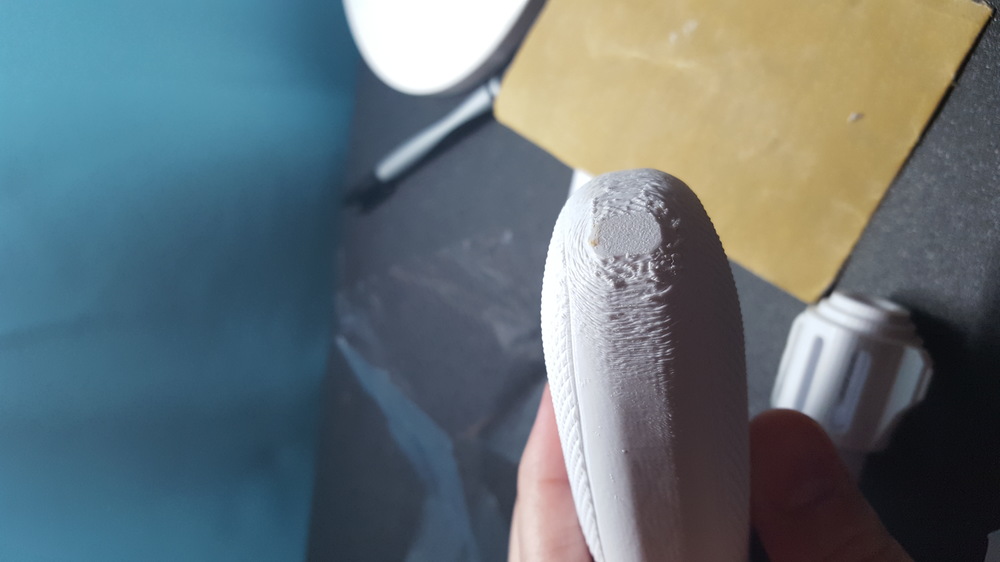 Here it is cleaned up. It's not perfect, but I was afraid to sand away much more for fear of distorting the shape or sanding through the outer shel. 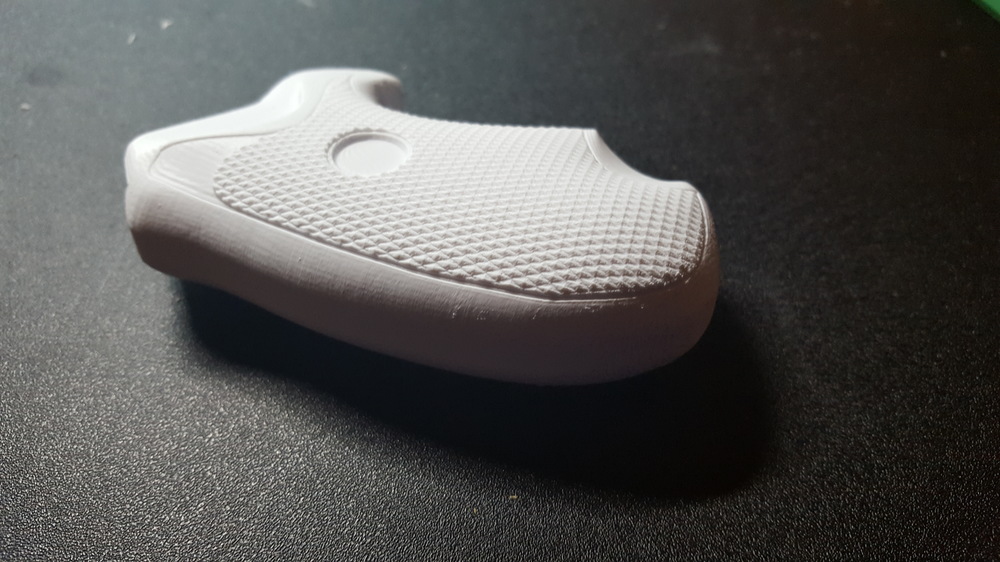 All the pieces, cleaned and ready for assembly. 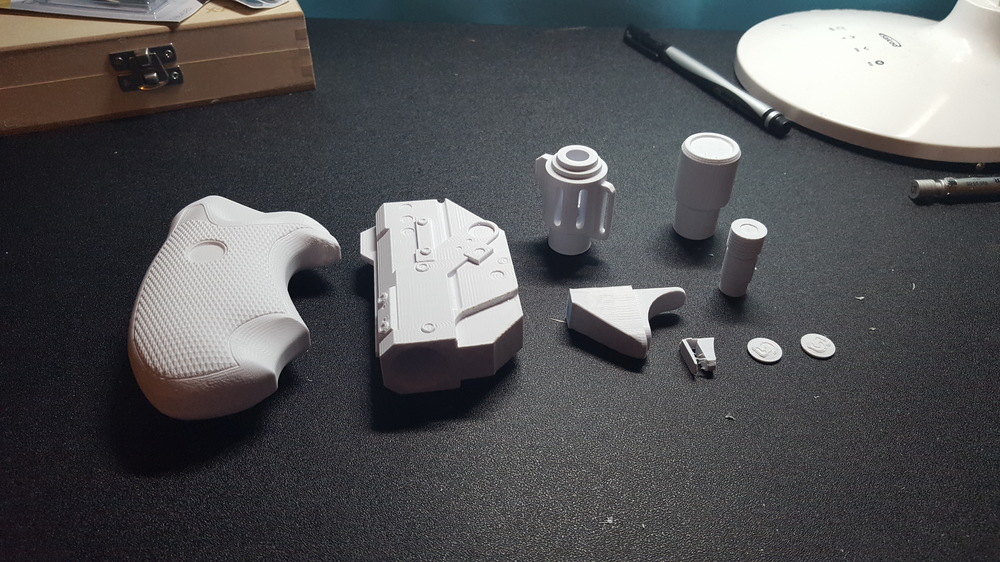 So let's do a test fit. Looks good! 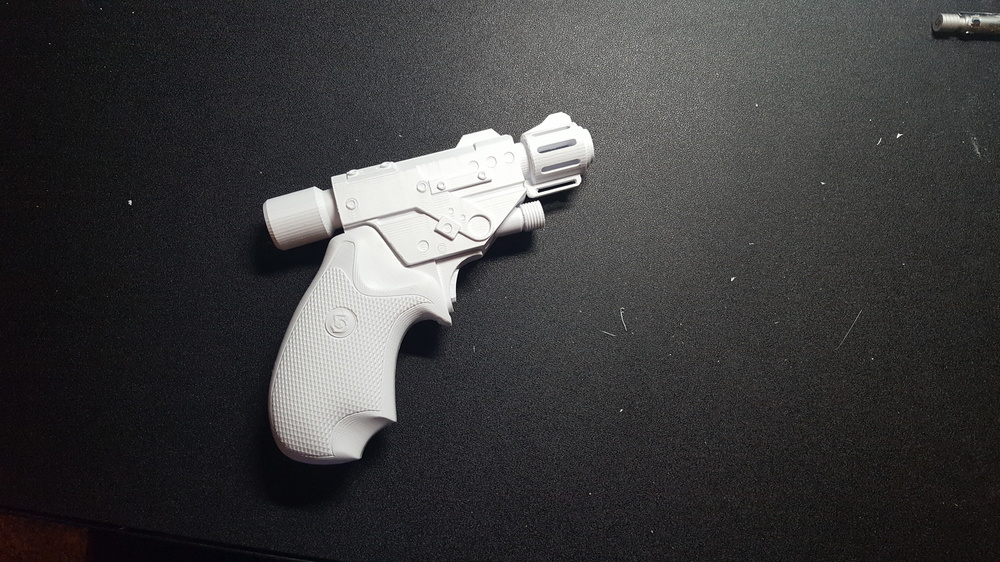 First up, I hit everything with a coat of black spray primer. I used a Rustoleum 2x coverage primer that's meant to bond to plastic. 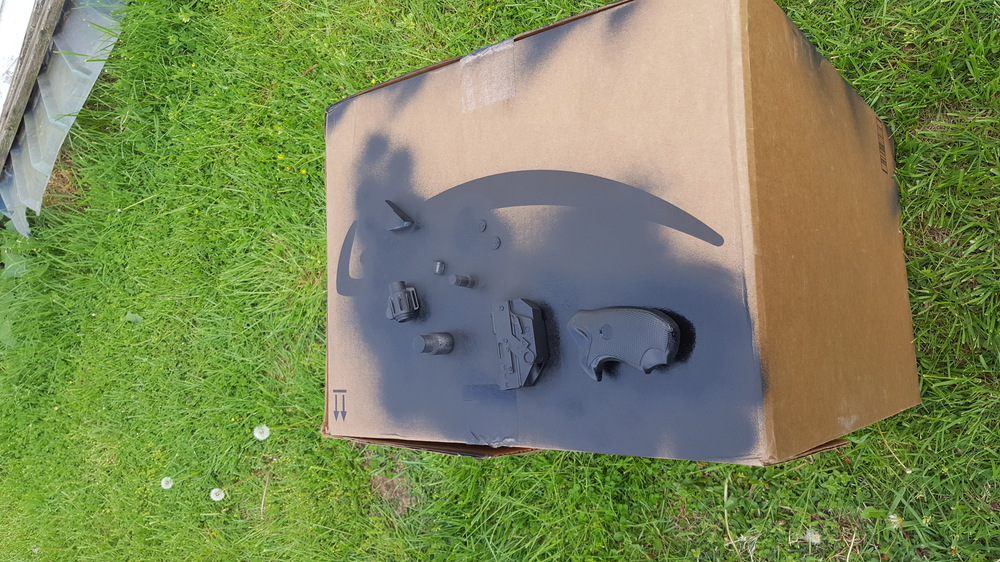 Then it was time to get ready to paint. 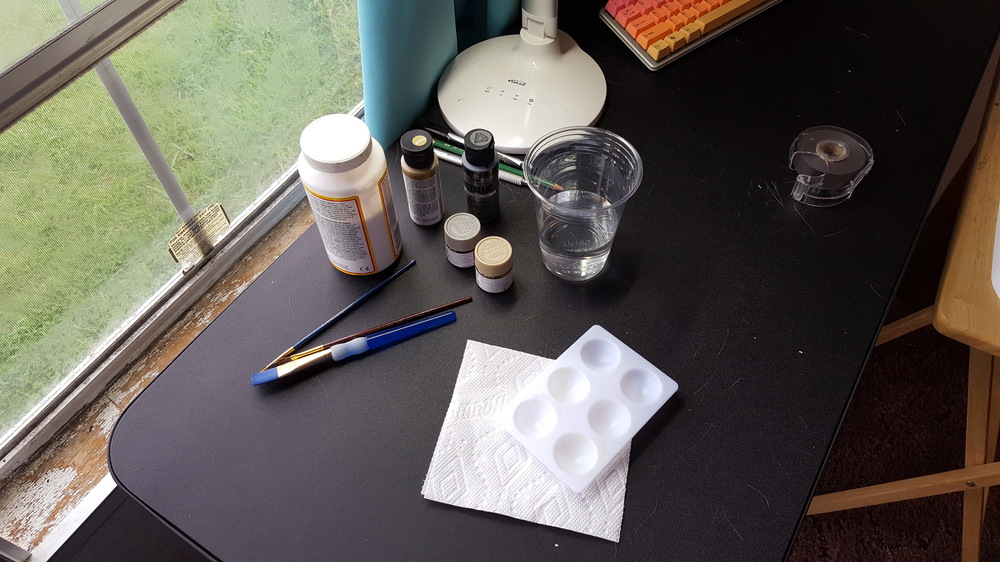 I started by giving everything a coat of a dark, gunmetal grey. 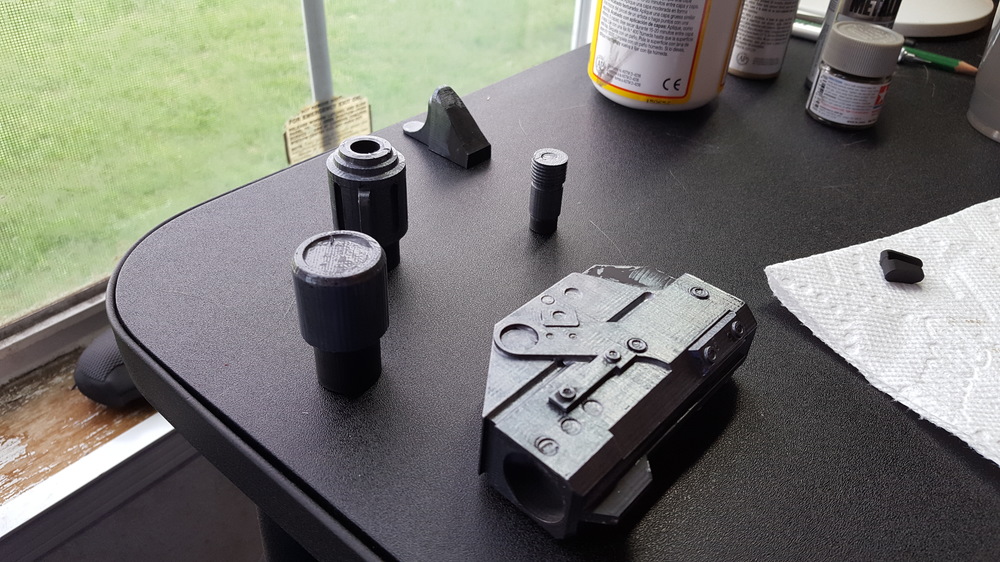 While I was waiting for those to dry, I painted the medallions gold and glued them to the grip, which I left black from the primer. 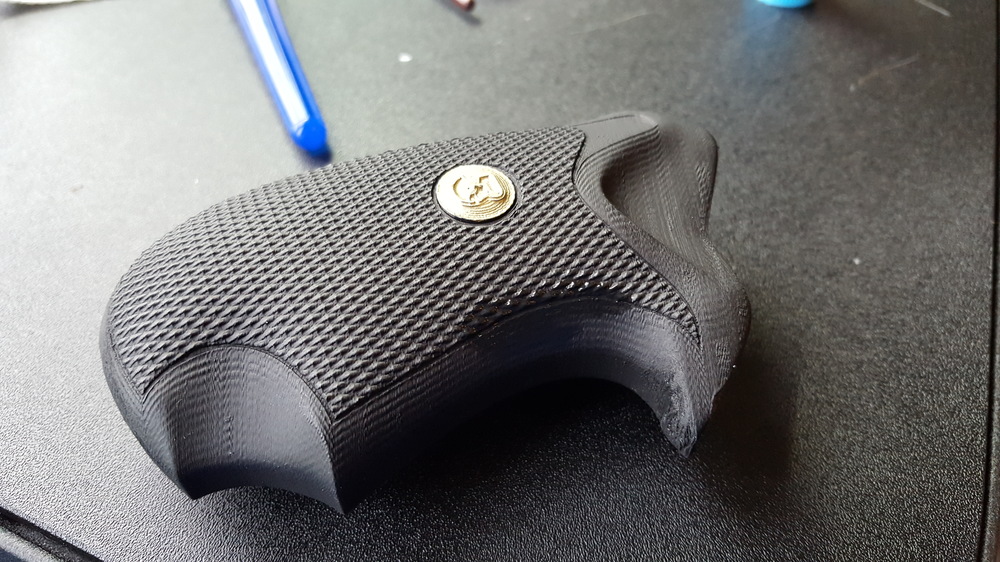 Once the grey base coat had dried, I went back over the pieces with a brighter silver. you can still see some of the darker color underneath and I like the sort of weathered look it gives. 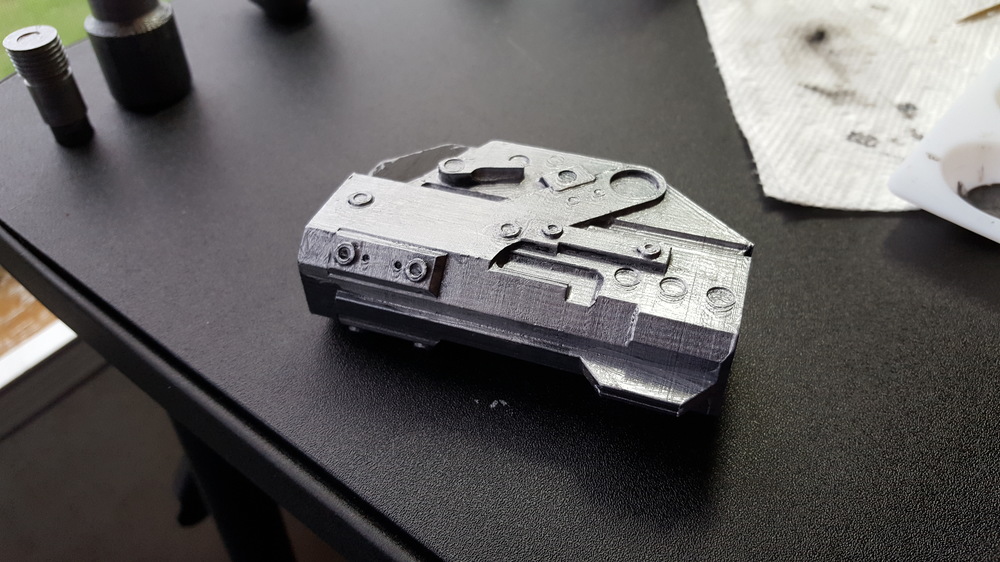 More shots of the various pieces after the silver coat. 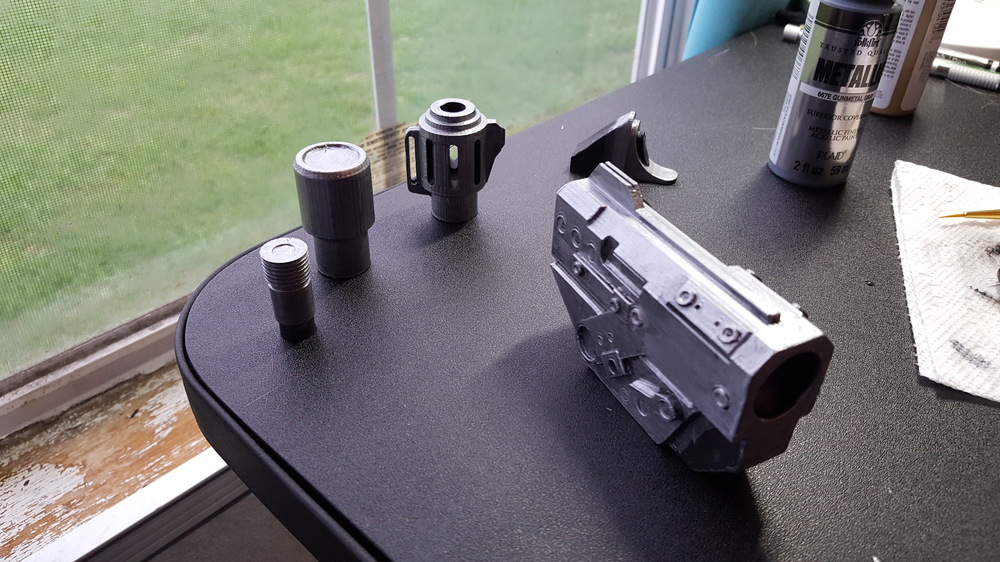 After that was dry, I glued the muzzle and the heatsink to the body. 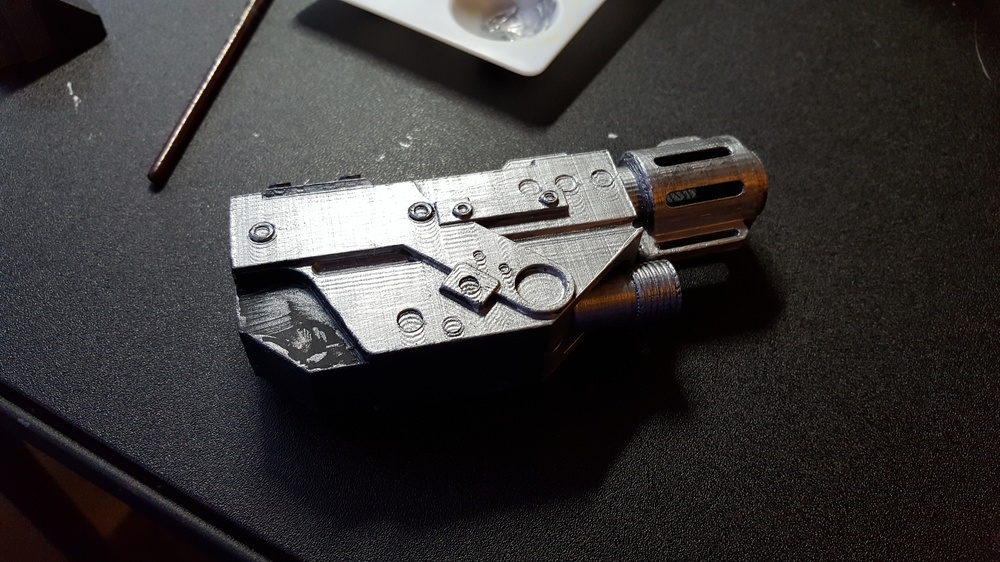 Then I glued the trigger housing and trigger together and attached those to the grip, which I had covered with a satin-finish sealer by this point. 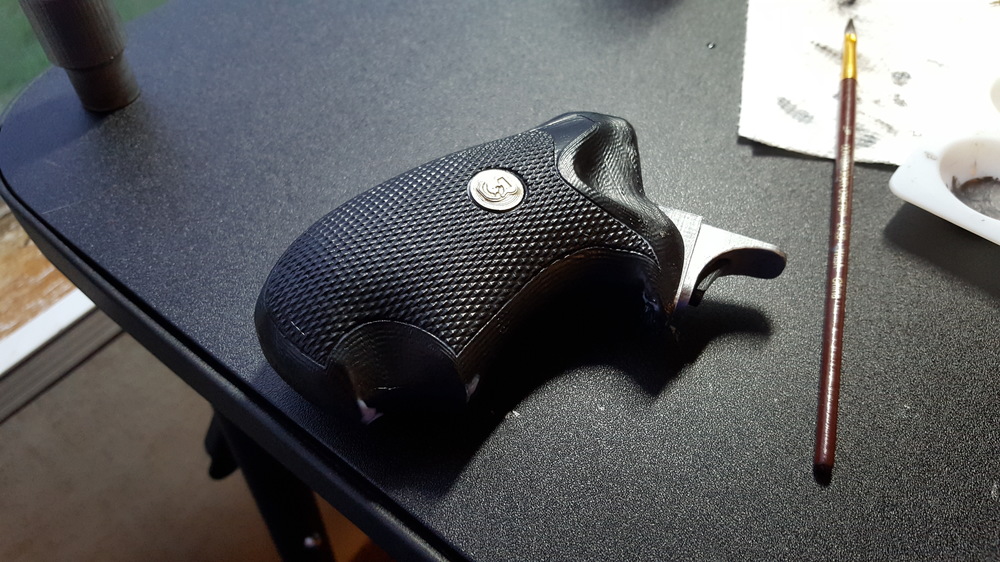 Next, it was time to hit up all of the pieces with some silver Rub 'n Buff to bring out highlights (which unfortunately didn't get picked up great on camera). Here's the cap after buffing. 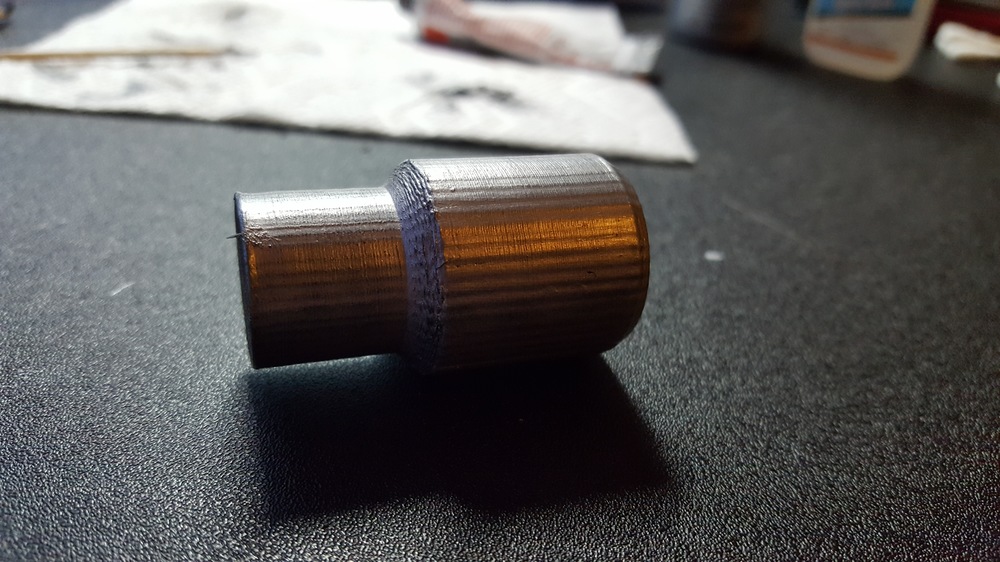 Then I did the rest of the gun - it's starting to shine now, and we're getting close to the final product. 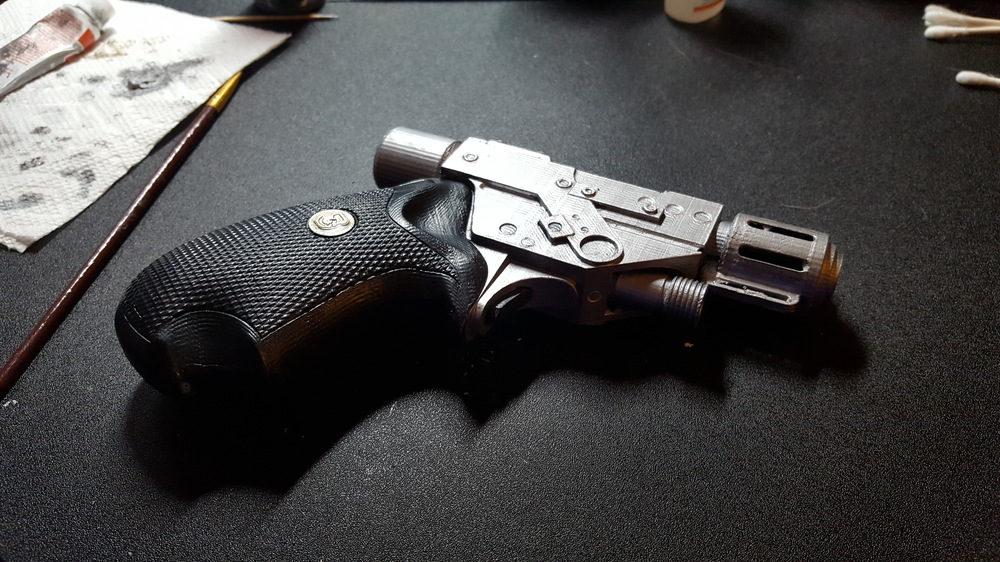 From there, I decided to go back and darken the screws/rivets to make it just a little more accurate, plus it adds to the effect of making the gun seem well worn and used. I imagine it's carried daily. 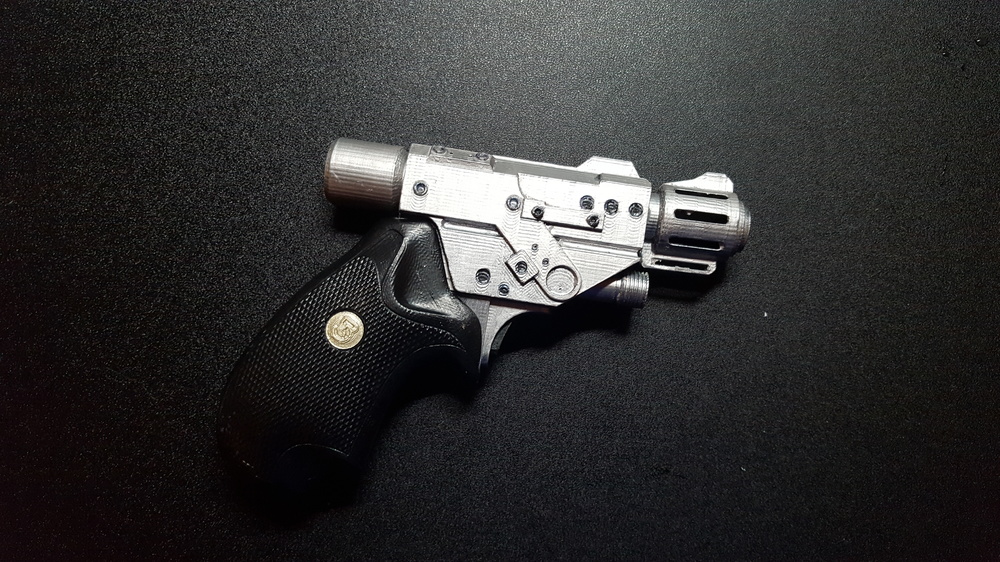 And here it is with the cap removed. I glued a piece of magnetic tape to the end of the cap with the intention of putting a second magnet inside the gun to hold the cap in place, but the other magnet I had was too weak, so I need to get another one, but that's the eventual plan. 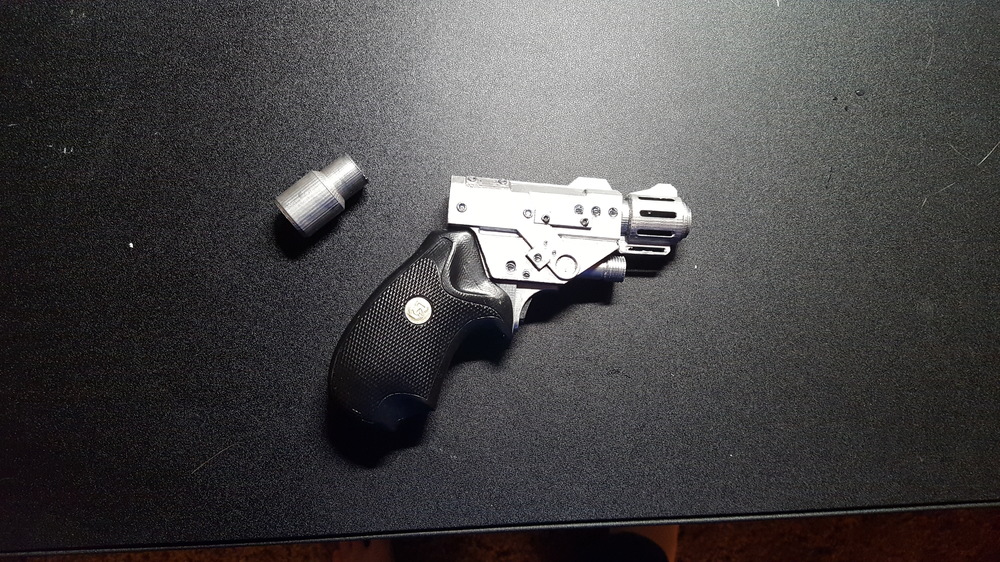 This as so much fun to do. It's not perfect, but I made it and it's mine and I'm pleased with how it turned out. I've wanted to own a reasonable PPG replica for probably two decades and now I have one.

I just completed my first virtual race and, having done so, I wanted to share some of my thoughts…

Continuing the story of our foray into 3D printing, our Anycubic i3 Mega arrived a couple of days ago.…